Chess grand master, author and new riding buddy Jesse Kraai shares this rather dramatic video of a deer/bike interaction.
It’s every rider’s nightmare, especially this time of year when cool evening rides coincide with the deer’s favorite time to wander…
I’ve had couple of friends meet deer this way and it is no fun.  I try to enjoy watching them in the fields rather than letting them become ANTs (automatic negative thoughts) that might limit my riding.  It’s all about good intellectual energy!
Posted by Greg at 7:34 PM No comments:

NO Computers in Class? 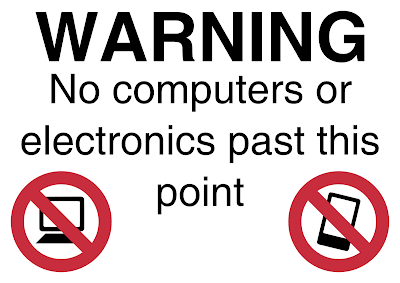 “Should computers be barred from the classroom?”
That question triggered a spirited discussion the other day at a faculty meeting at the Johns Hopkins Bloomberg School of Public Health.  Prompted by a Wall Street Journal story headlined “I’m Banning Laptops from My Classroom,” professorial opinion ranged from “computers MUST be in the classroom” to, well, me.
Since I started teaching several years ago at Bloomberg, ranked the #1 public health school in America, I have flatly prohibited any 21st Century technology in my class.  No laptops, no smart phones, and no iPads or assorted “tablets.”
Although I spell this out in my syllabus, few students bother reading a syllabus, and so there is usually shock and awe at my first class of the semester.   I have to dole out paper and pens because many students no longer carry such ancient writing implements.
Interestingly, several of my students were in the faculty meeting and they spoke out in favor of computers…in some classes.   Nobody was nervy enough to suggest computers should find their way into my marketing class.
Why do I ban these devices that have essentially become one with our bodies?  Here’s what the author of the Wall Street Journal piece, Rutgers law professor Stuart Green, said he experienced when he walked to the back of his classroom while a guest lecturer taught his class:
“What a revelation to see what the students are up to. While virtually all of them have open laptops and most are taking notes, many seem more intent on emailing and texting, posting on social media, reading news sites, shopping online, or looking at YouTube videos. I recently saw one student systematically checking out law-firm websites for summer-associate salaries. Another spent an entire class streaming an NHL hockey game.
“If this is what the students are doing while I’m sitting behind them, observing the class, I can only imagine what they’re doing when I’m up front, lecturing.”
What do you think?  Computers in the classroom -- or not?

To be continued…the impact of technology on our energy.
Posted by Greg at 6:35 AM No comments:

You can now download for free the ebook version of Getting Up! Supercharging Your Energy.  My new book details the strategies of my popular energy seminars that will help you reduce stress, accomplish more and improve work-life balance.  But hurry: the offer is only good until August 4 at 11 am EDT. 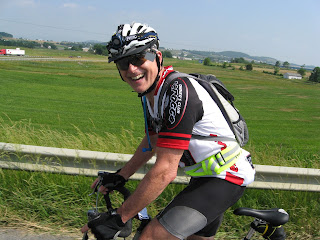 The book’s focus on energy management -- and not just time management -- can help you, your team or your organization dramatically increase performance.
Lots of books promise better performance…Getting Up! proves it.  Using its energy techniques, last year I rode a bicycle across America in just 18 days -- averaging 150 miles a day.  Not bad for a 66-year-old with a heavy training, consulting and teaching schedule!
What could you do with that kind of energy?
You (and your employees, friends, clients and family) can download the Kindle version of Getting Up! (normally $5.99) for free only until this Thursday at 11 am at
https://www.amazon.com/Getting-UP-Supercharging-Your-Energy-ebook/dp/B01G5TUKQ8
Have a higher-energy summer!
Posted by Greg at 8:17 AM No comments: